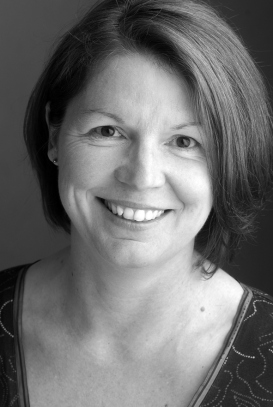 Robin Houghton’s work appears in various magazines including The Rialto and Poetry News. She won the 2013 Hamish Canham prize. Pamphlet: The Great Vowel Shift  (Telltale Press 2014).  She blogs at poetgal.co.uk

Time to change reels at the Pasquino: on an outbreath
rows of heads start to loosen from necks, voices call
greetings across seats and the set-to of clambering.

Pierpaolo up on high feeds unseen celluloid to a spool,
ratchets it into place, puts out his cigarette under the eye
of a dour madonna, recalls all the fires, crosses himself.

In the pit below, Alessandro pulls on a hundred year old
handle and thinks of his sessions at the gym, his chest
and the big fan of back muscles shaping his shirt. By day

his sly murmuring follows foreign girls down alleys,
up the Spanish Steps. At night he turns wheels heavy
as gravestones, peeling back the roof until all is air

between audience and sky. Stardust blows in, its glow
is older than the city, than the earth. Pierpaolo squints
from his peephole and lights a Marlboro. Alessandro leaves

by the back door, meets his friends at the fountain, draped
over Vespas in the poses of stone gods debating the planets.
At the Pasquino people are back in their seats, some in Africa

with The English Patient while others tilt their faces up
at the big darkness, silvered by the light of old stars hung
forever just like this, in space, in the night, in the warm city air.